**This post is going up SUPER LATE. I totally and completely forgot to hit publish back at the start of the month, and now that it’s a week from the end of March, I’m working on my March update. I decided to still post this update, though I’ve removed the prompt and plans sections. I want to be able to look back and see the progression from month to month, so that’s why it’s still being published, despite the extraordinary delay.**

Despite all of the switching and madness associated with the Olympics challenge, I managed, effectively, three finishes of my goals for WIPocalypse! *and the crowd goes wild*

When I updated last, I was working on In This Moment by Jeremiah Ketner, Heaven and Earth Designs. I worked on this for the remainder of that weekend, then the following Thursday through the 7th of February. It was a long stretch on one piece, and I even contemplated trying to go completely monogamous for the month to see how far I could get. Obviously, I decided against that idea, but I got page 2 finished!

Design: In This Moment by HAED, Jeremiah Ketner

Following that last weekend in January, I mentioned pulling out Lady of the Flag by Mirabilia to work towards my goal of finishing out her skin by the end of the month. I managed that, without issue, and also worked on her for an additional six days in February. Once again, I met my goal. I divided the remainder of this top half into three parts. Each part consists of 34 blocks, but it’s not solid stitching – some of the stitches are already done, some of those blocks are mostly empty, most of the blocks contain beads that I won’t do until the very end.

I turned my rotation on its head here in March so I’m working on this project currently. As is my way, I’ve included my final progress through when this should have been posted.

Design: Lady of the Flag (OOP) by Mirabilia

At the onset of the month, I knew that I wanted to get at least one actual finish, if not two. The first on that “hit list”, if you will, was Snowy Owl Snowman by Mill Hill. And it was a good thing, too. I found that while I was dealing with the worst of my migraines/headaches this month, working on the large-holed 14 count perforated paper was exactly how I was to keep stitching and from going stir-crazy. It took four days to finish up, but finally, my last current Mill Hill project, started in 2016 is complete. I haven’t blogged about it yet, and I don’t know that I will, being such a little thing. And though tiny, it is mighty – mighty heavy! Lots of beads (11 different colors) adorn this one. It was my first legitimate finish of 2018 and I’m super pleased to have it done! 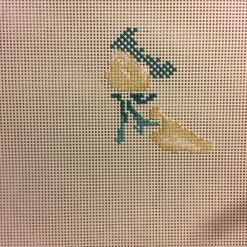 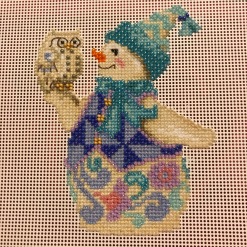 Riding the high of the finish, I pulled out another WIPocalypse project I wanted to finish in February. I realized very quickly that a finish was further out of my grasp than I imagined but I made great strides towards that end. This was Afternoon in New York by Country Cottage Needleworks, and is the second of the three small projects I’d set my sights on for this year. I knew that my first task was to get that brownstone finished, and in the end, that was my demise. I love Brownstones. I want to be a multi-millionaire and live in one (in my dreams!). But stitching it was… boring. LOL. Lots of brown, and Weeks Dye Works cottons, which one has to stitch one x at a time to get the variegation, and often shreds easily. So I accomplished my nemesis with this pattern, a little more otherwise, and decided to move on after.

Finally, ready to switch, I chose another project with a close finish goal. Though it wouldn’t complete the project, it would be a mini-finish and that feels almost as good as a true finish. I should preface to say that my husband randomly chose this project, but I’m really glad he did. Four days effort, and the February Violets block of my Flower of the Month series from Ellen Maurer-Stroh was completed. I absolutely adore how this is turning out and look forward to continuing on! 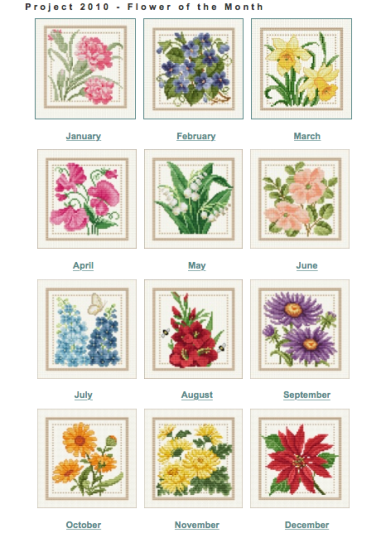 Design: Flower of the Month by Ellen Maurer-Stroh 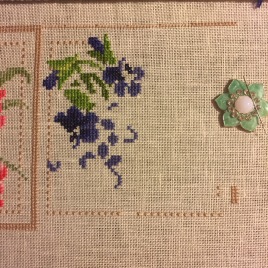 And that’s all of the WIPocalypse stitching I did in February. I worked minimally on a few other things but not even enough progress was made to go off topic and share here. Perhaps another time.

View all posts by Jessie Marie